Renée is an independent singer and songwriter who has been performing on stage for over 25 years. She has multiple television appearances under her belt, including 4 performances on TV One’s Good Morning Show, and she even performed as Amy Lee from Evanescence back in the 2008 series of Stars In Their Eyes hosted by Simon Barnett.

These days, you will find her completely immersed in New Zealand’s underground country music scene, singing at clubs, awards, festivals and other country music themed events all over Aotearoa.  Anyone questioning the popularity of country music in New Zealand, need only attend the annual Marton Country Music Festival where Renée was featured in 2021 as a showcase artist to an audience of around 3000 people. Sadly this event was cancelled in 2022 due to Covid.

Therése has been a finalist in NZCMA Country Music Entertainer of the Year either as a singer or songwriter every year for the past 3 years. In July 2021, Renee was the senior overall winner of the Waikato Country Music Awards.

Renée recently released her first country music album titled ‘Better With Friends,‘ on May 22nd 2021 featuring collaborations with many talented musos from the local country music scene and beyond. Despite the inability to tour the album due to Covid, it still spent 2 weeks on the NZ Top 20 album chart.

Purhase her album on CD here or purchase the digital download here. 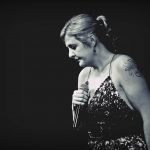 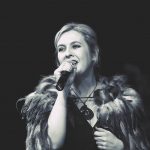 Check out her previous single ‘That Sass‘ released 8th October, 2021.

Want to know more about Renée?