Warning: copy(/home/reseller/domains/reneetherese.co.nz/public_html/wp-content/wflogs//GeoLite2-Country.mmdb): failed to open stream: No such file or directory in /home/reseller/domains/reneetherese.co.nz/public_html/wp-content/plugins/wordfence/lib/wordfenceClass.php on line 1813
 Album Update | Renée Therése 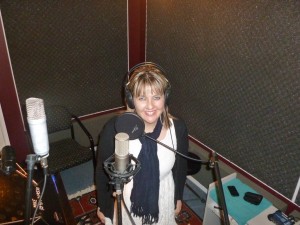 I had a fantastic time in Auckland recording my album with Mike McCarthy at Manuka Studios. He is an absolute pleasure to work with and well worth the 7 hour drive to have the honour of his time and skills. We recorded the vocals and music for 8 tracks while I was there as a rough mix. The idea was to make the most of my time there by doing all the things that required me to be present and saving the stuff for later that I do not need to be a part of. I am very happy with what I came away with. There is such a variety of flavours in the songs and there is something that will appeal to my wide variety of fans young and old.

I was adamant that I wanted some ‘real’ guitar on my album haha. My musician friends will know to which I am referring here. To me the greatest guitar player in the world has been and will always be my Dad. It was somewhat a lifelong dream to have my Dad play on my album one day so I was absolutely over the moon when I asked him and he said yes. He is going to record his guitar parts from where he is and we will send them to Mike in Auckland to add to the mix. I cannot even articulate in words the excitement that I feel to have my Dad featuring on my first album. I can’t wait to share his talent with you all!

Once the guitar parts are recorded and sent, my next step is to pay for studio time to have Mike do the final mixing and mastering of all of the tracks. I have estimated this will take approximately two days. Mike has an extremely good reputation with his ability to create tracks of the highest quality and his work is meeting international standards where a lot of other NZ musicians are finding that the quality of their recordings are not being accepted overseas. This was important to me as I have already had some interest from America and I need to ensure the tracks meet the standard.

People keep asking me when will your album be ready? I do not have a date, as it is money dependent. The answer to the question is ” The moment that I have around 16-1700 dollars.” Once that money is available to me, the album will be complete. Then I will need around another $1000 to put the album onto CDs to sell. All up the project is around $10,000 however, most of that has been paid now. It is also relatively cheap because I have been so efficient and organised with my songs, arrangements and my vocals are pretty accurate, which saves heaps of time and money.

Thanks to all these amazing people who donated to my PledgeMe- Mum, Emma and Kevin, Steph, Tony and Leonie, Uncle Steve & Jenny, Cousin Susan, Clare and Michael, Aaron and one anonymous bidder. I am no where near my target, so you will not be billed for your donation, however it is the thought that counts and I appreciate the support! You will still be able to support me by purchasing the album when it is released.

I have performed some of my new songs from the album at karaoke, by singing with the backing track version of the songs  recorded (without the vocals). I have to say that there is nothing more special than being able to perform songs, that I wrote, to people. I have always said that singing a song is about telling a story. You do not just sing words. You ‘feel’ what you are singing about and in turn your audience will ‘feel’ it too. This is so much more genuine when it is your story that you are singing, written in your own words, to your own music. My goal once the album is released will be to find a band to accompany me so that I may share that story with live audiences all around the place. Singing live is my greatest passion above all else and I am just bursting at the seams to get out there with my music. LOOK OUT AOTEAROA. I AM COMING FOR YA!!!

Posted on June 18th, by Renee Therese in Blog.
Comments Off on Album Update